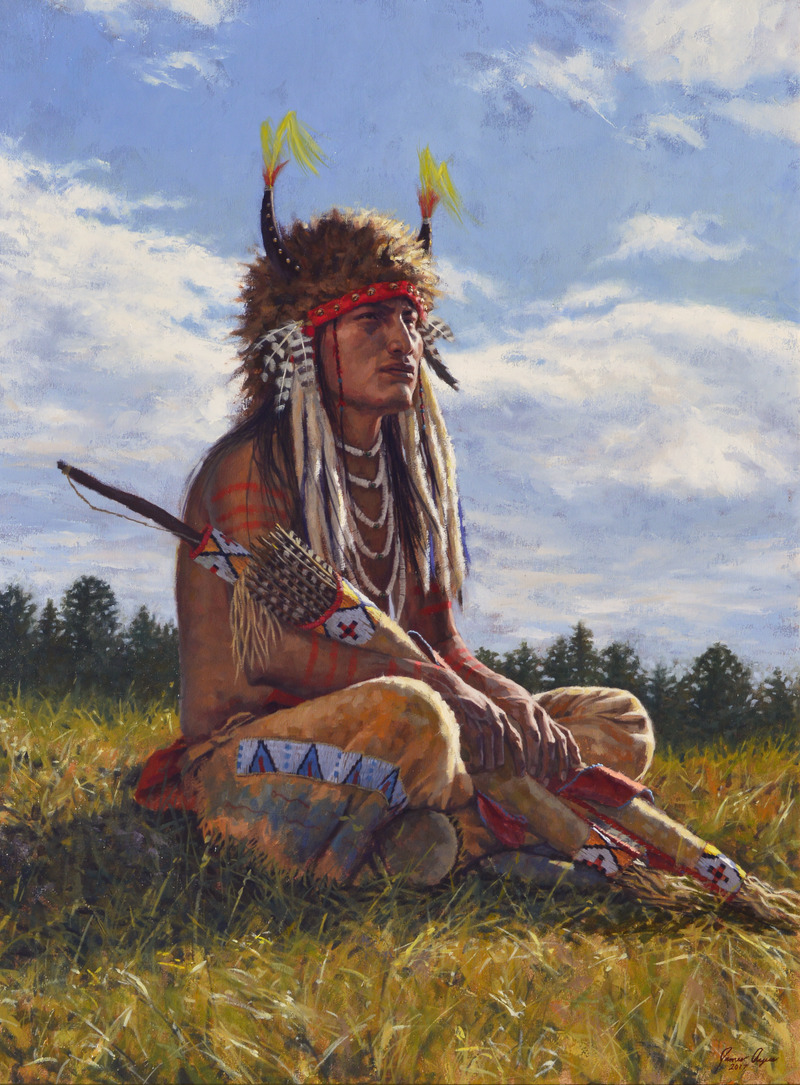 More About Lakota Sentinel
The Plains are filled with movement: the grass flutters in the wind, clouds and sun move through the sky, animals hunting and foraging. The only figure that remains still is the Lakota sentinel, watching for enemies and game for the good of his tribe.
His task is an important one, as he's on the front line between the wilderness and his friends and family.
This warrior is armed for both hunting and war. His bow and quiver of arrows would be just as effective against buffalo as it would an enemy. His quiver, leggings, and mocchasins are all beaded, a typical style at the time.
He wears a split horn buffalo headdress with ermine fur on the sides. This article of clothing was meant to impart the abilities of those animals onto the wearer: strength from the buffalo and ferocity in battle from the ermine.
Notice the contrast between the warmness of the grass and the lightness of the sky. The distant forest serves as a transition between the two.