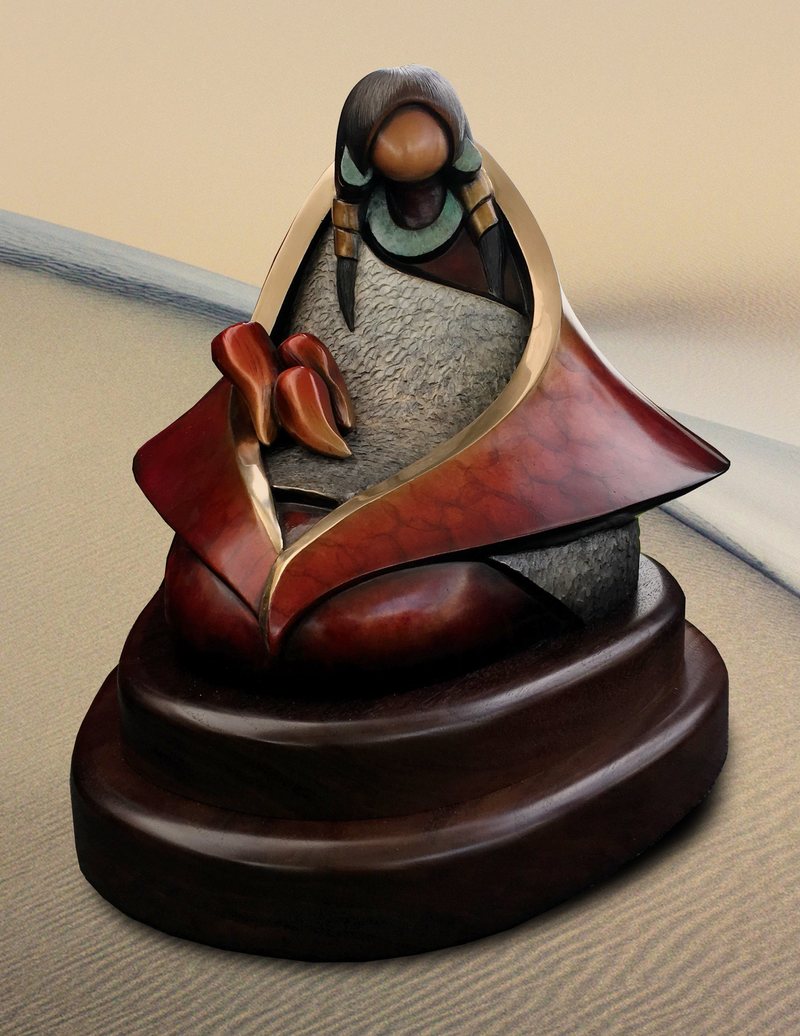 Since ancient times Hopi women have worn their hair in a style that reveals their marital status. In Summer, with the Niman ceremony, all the new brides from the entire year climb out of the kivas to be recognized and celebrated. Each bride now wears her hair in the "married woman hairstyle" that is twisted and wrapped on each side - in wool. She will now modestly and humbly walk into adulthood as a patron of a matriarchal society.
The Hopi have lived where what is considered the oldest continually inhabited settlement in North America. This two thousand year old prehistoric culture is based on an agricultural foundation that practices dry farming techniques. The land supports a variety of plants adapted to extremely dry areas. The Chile appeared in the sixteenth and seventeenth century from Mexico and Central and South America before Spanish contact and is one of the delights of the Summer. A number of permanent springs in the area provide the people with drinking water but not enough to irrigate the fields. Hopi women follow the foot-trails below the mesa to gather water from the natural springs below walking past the small walled plots of gardens where chile and onions are grown.
The chili pepper is one of several plants with a name that comes from a Native American language. "Chili" comes from the Aztec Indian name for the plant.